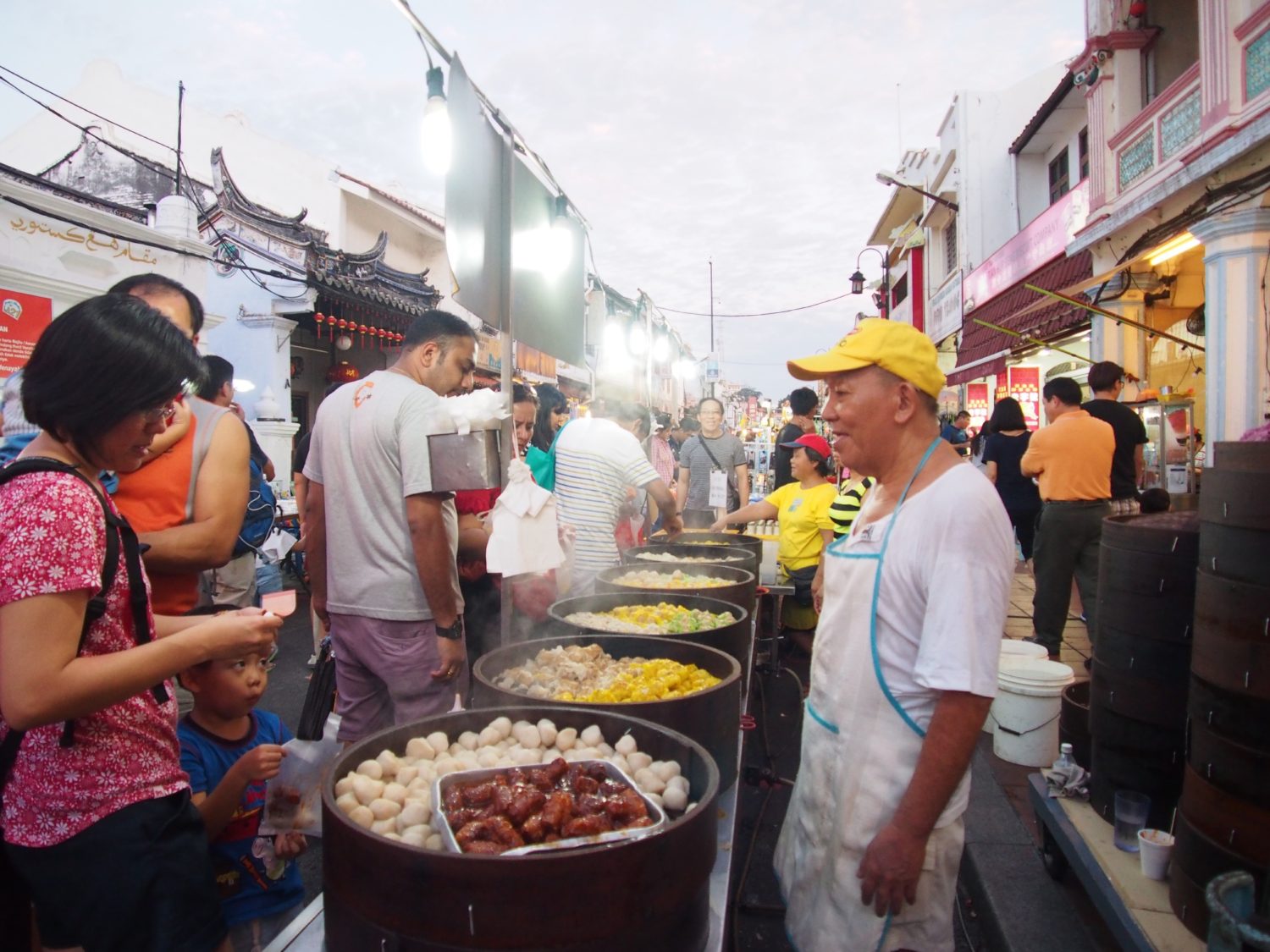 Street foods from different Southeast Asian countries have influenced each other in many ways due to globalization. Goreng pisang (deep fried banana fritters) and Ramly burger (chicken or beef patty burger) are popular street foods in Singapore that originated from Malaysia. Similarly, Thai salad (papaya or mango salad) and Thai iced tea originated from Thailand, but are now found in many street food stalls in Singapore.

Traditionally, each street food stall sells only a small selection of dishes. Because most street food sellers spend years cooking the same few dishes, they usually become very skilled. Street food is sold from small carts at a much lower price than restaurants, with the focus on food rather than the ambience. In countries such as Indonesia and Cambodia, street food is often eaten perched on a stool by the stall, or on the curb. Since overhead expenses are low and there is no need to spend on advertising, street food sellers are able to sell their food items at a significantly cheaper price.

However, Singapore is an exception where street food costs are comparable to food courts, as rental prices of pasar malams or night market stalls, have risen1. As a result of rising prices and the growing perception that food served in these locations are unhealthy,pasar malams are only an occasional indulgence among locals rather than a frequent culinary hangout.

Other than traditional street food, mobile food trucks, a more sophisticated form of roadside dining, are becoming more prevalent in some Southeast Asian countries. These modern food trucks usually have a swanky design, and sell upscale local and international dishes at reasonable prices. The upscale street food sold can be anything from grilled seafood to Texas-inspired barbeque dishes, to burritos and tacos. Food trucks have sprung up all over Southeast Asia, such as Daniel Thaiger in Bangkok, Thailand,Babrittos in Malaysia and Hungry Rovers in Manila, Philippines. These businesses have differentiated themselves from traditional street food by enabling customers to track their location through social media, as they move from place to place. This is an increasingly popular variation of street food especially present in Malaysia and Thailand.

On the other hand, mobile food trucks have yet to become a trend in Singapore. This is mainly due to the amount of red tape and regulations existing around food trucks2. There is a need to apply for a land permit for every location the food truck wishes to go, yet no single agency deals with food trucks. Furthermore, they are not allowed to set up tables and chairs around the truck. As such, there are currently only two food trucks in Singapore – Kerbside Gourmet and The Travelling COW. The former sells cafe food such as cold Japanese pasta tossed with Mentaiko and their signature Pea Puree, while the latter offers western and Asian cuisine, including Aglio Olio Pasta and Smoked Duck with Spiced Orange Bento.