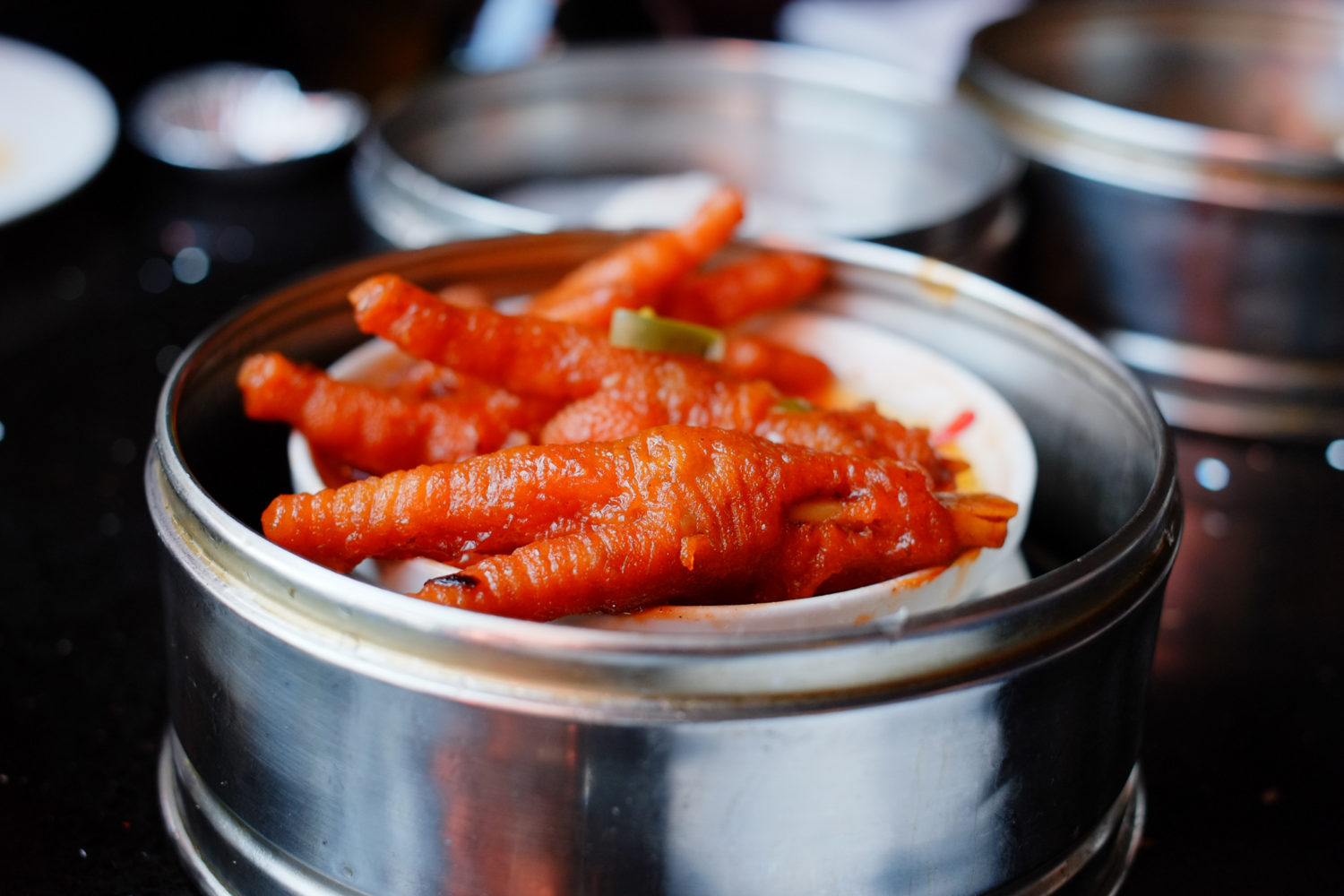 Unpacking Chicken from Head to Claw

Chicken breast and wings, both white meat, are popular among those who are watching their weight or trying to build muscle mass. This is because white meat is high in protein, yet low in fat, calories, and cholesterol. On the other hand, dark meat like chicken legs including the thigh and the drumstick is higher in calories as well as a high skin-to-meat ratio compared to white meat. Despite the calories, dark meat has some health advantages including higher content in vitamin B6 and B12 and immunity boosting minerals like zinc, riboflavin and iron.

In Southeast Asia, more exotic “parts” of the chicken are regularly consumed as well. In the Philippines, chicken heads are barbecued on sticks. Commonly called helmet, these chicken heads are sold by food vendors. The Thais have a similar practice, but they roast the chicken heads instead of barbecuing them. Chicken heads contain mostly fat, bone, and cartilage, and the necks are especially fatty.

Chicken giblets, which include the heart, livers, kidneys, and gizzards, are cooked in a variety of ways throughout Southeast Asia. One Indonesian recipe involves stirring the giblets into belacan chili1. In comparison, a Cambodian way of cooking chicken giblets requires stir-frying with spices such as ginger, garlic, and cloves2. Although their consumption may seem strange to some westerners, chicken kidneys and livers are well sought after foods. These food items are good sources of nutrients such as Vitamin A, Vitamin B12, Pantothenic Acid, Iron, Phosphorus and Selenium.

Another popular street food among the Filipinos is isaw, which is made from grilled or barbecued chicken intestines. Other than grilling, the chicken intestines are also basted with a mixture of soy sauce, garlic, salt, pepper, ketchup, and cooking oil. Isaw is served with sukang pinakurat, a mixture of vinegar, chopped red onions, crushed garlic, pepper corn, soy sauce, and chili.

Chicken feet are another common delicacy in Asia. Asian Chinese love braised chicken feet in any variation, as well as Golden Phoenix Claws, a dim sum dish. Originally a cuisine from China, the Filipinos modified chicken feet to their local flavour by barbecuing them in vinegar sauce. Chicken feet are known as Adidas in the Philippines since they are thought to look like the Adidas logo.

In Southeast Asia, almost no part of the chicken is wasted. This concept is adapted in Yardbird, a yakitori bar restaurant in Hong Kong which offers nose-to-tail eating of a chicken, including the liver, heart, tail, and neck. The popularity of Yardbird, both among locals and tourists, goes to show how the consumption of unusual chicken parts is slowly being perceived as orthodox outside Southeast Asia.