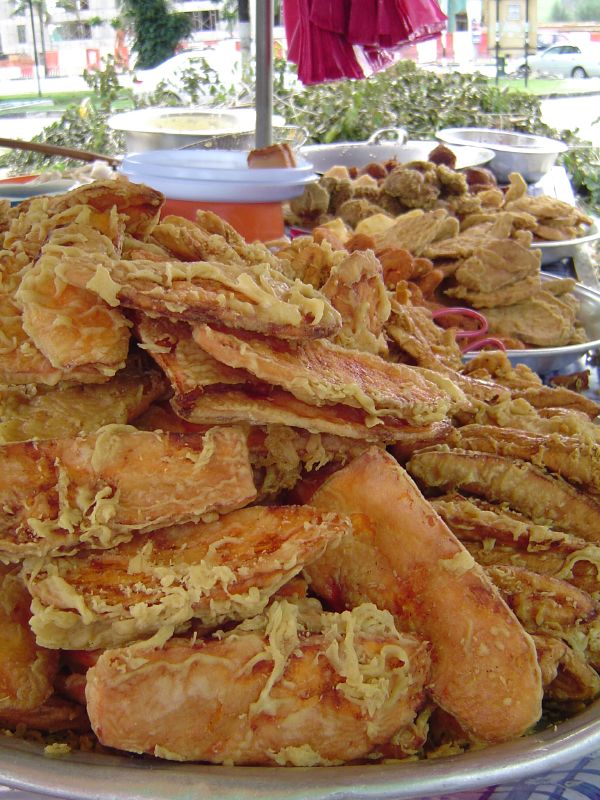 Blast from the Past

Many Southeast Asian countries are rich in history, but with a common denominator; they all have experienced a colonial past. Indonesia was a former Dutch colony, Vietnam, under the French rule while the Philippines was under Spanish control for close to 400 years.

Many of the daily dishes in all three countries have incorporated ingredients reflective of their respective cultural heritages. Popular Indonesian dishes like the Bistik Jawa (Javanese beef steak), Sop Sosis (sausage soup), Perkedel (potato and minced meat patties) and Sop Buntut (oxtail soup) show past Dutch influence. The Kueh Kelapa, an Indonesian coconut cake a combination of coconut meat and cinnamon, with a pudding/custard-like structure closely follows the “vla”, a Dutch pudding made from fresh milk.

On the other hand, there are also Indonesian influences in Dutch food culture. Rijsttafel is a medley of dishes from all over the Indonesian islands. It was invented based on the model of the Indonesian nasi padang. This dish allowed Dutch colonials to sample dishes from Java, Bali, Sumatra and other islands. Each rijsttafel is different, as the selection of dishes number between 12 and 25 dishes depending on the discretion of the chef. Some favourite rijsttafel dishes include: gado gado (cooked vegetable salad slathered with a rich peanut sauce), pisang goreng (fried banana fritters), and sambal goring tempeh (fried tempeh or fermented soybean cake in a dark savory sauce).

Banh mi or baguettes, the Vietnamese sandwich, was introduced to Vietnam by the French. It begins with a crusty baguette that’s sliced in half, spread with a thin layer of butter and pâté, stuffed with a variety of meat (both cured and grilled), and topped with fresh daikon radish pickles, onions and cilantro. Vegetables like asparagus, potatoes, carrots, artichokes and onions found in daily Vietnamese dishes reflect their French influence.

The French brought their love for coffee to Vietnam and over time the drinking of this beverage has become an integral part of the Vietnamese culture. Early coffee plantations established by the French in the seventeenth century has expanded rapidly in acreage and today, Vietnam is the second largest coffee exporter.

A considerable number of ingredients and food products found in Filipino dishes can be traced to Spain. It is suggested that Spain introduced tomatoes and garlic along with the technique of sautéing them with onions in olive oil. Highly popular dishes like paella and commonly consumed baked goods and desserts like Pandesal (crusty dinner rolls), Flan (egg custard) and Ensaymada (cheese buns) are all attributed to Spanish influence.