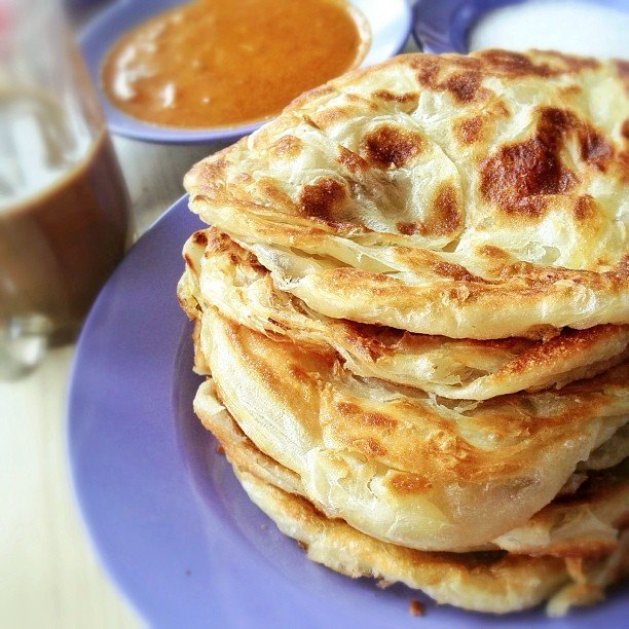 The month of August is filled with festivities in Southeast Asia as not just one but three countries – Singapore, Indonesia and Malaysia celebrate their Independence Days. As the countries salute the past and parade their future, local food and culture remain an important part of the celebrations. The respective “national” dishes not only reflect the region’s rich heritage but also showcases many similarities. Food, family, friends and fireworks are all you need to capture the exuberance, albeit virtually this year!

Singapore’s Independence Day is celebrated on August 9. Once a British colony, the country today stands as a prized trading hub, thanks to its strategic location at the Southern tip of the Malay Peninsula. Influenced by spices, ingredients and cuisines that pass through its ports, Singapore’s local cuisine encompasses a multitude of cultural and ethnic diversity. Roti Prata, adapted from the original Indian Paratha is a breakfast and supper favorite! The flour-based pancake is prepared by whirling and twirling the stretched dough for a perfectly flaky and fluffy texture. This unique version is either dipped or smothered in a thick, spicy curry of fish, chicken, mutton and more. While a plain Roti Prata is good enough to eat on its own, the pancake has evolved over the years and now incorporates ingredients like eggs, mushrooms, cheese and onions.

Unlike Singapore, Indonesia took a slightly different course leading to its independence on August 17. Although the country was once under the Dutch rule, there is no denying that the local cuisine stems from its Asian roots. Nasi Goreng Istimewa (special fried rice) is the traditional dish of Indonesia. The standard menu item which can be found everywhere including local restaurants, cafes and roadside stalls, is also a favorite in neighboring countries like Malaysia, Singapore, and as far away as the Netherlands. The dish distinguishes itself from other Asian fried rice recipes with its aromatic, earthy and smoky flavor, owing to generous amounts of caramelised sweet soy sauce and powdered shrimp paste.The fried rice is served with a combination of sides like a fried sunny-side up egg, skewered meat, krupuk (traditional crackers) and acar (pickled vegetables). 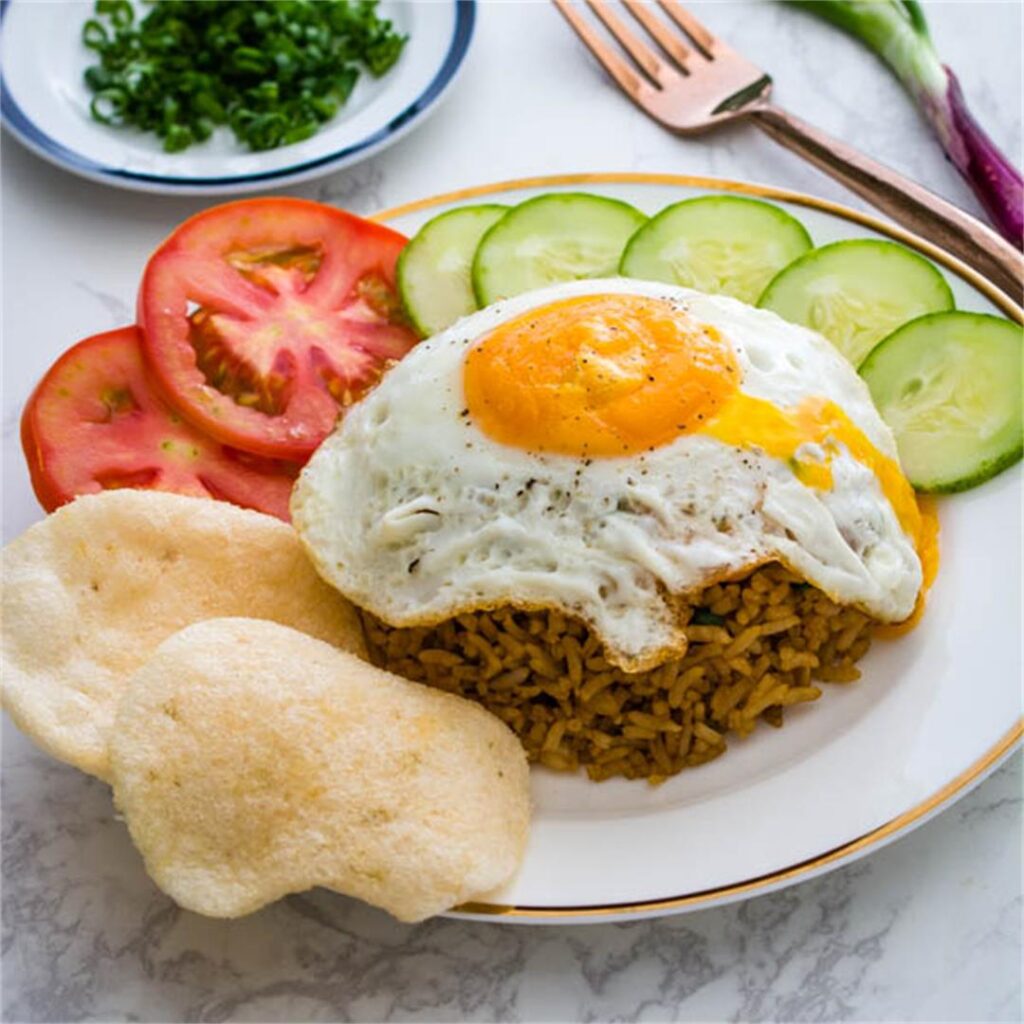 Celebrating its independence on August 31, Malaysia boasts a rich and sometimes tangled food culture with that of Singapore. This has led to many debates on the origins of iconic dishes like Laksa, Nasi Lemak, Satay and more. Available 24/7 and in every corner of the country, the popular Nasi Lemak is a staple, eaten at breakfast and sometimes lunch. Cooked in coconut milk and pandan leaves, the rice dish is instantly recognizable with its fragrant aroma and creamy flavor. Served on a piece of banana leaf, the Malaysian version is traditionally paired with fried fish, chicken, anchovies, peanuts and cucumbers. Standing out from its counterparts, the economic and freshly cooked Nasi Lemak found on street stalls comes with an impressive collection of side dishes. Ranging from sambal (spicy condiment) variations of squid, shrimp, and paru (beef lung) and different kinds of cooked eggs, there’s always something new to try! 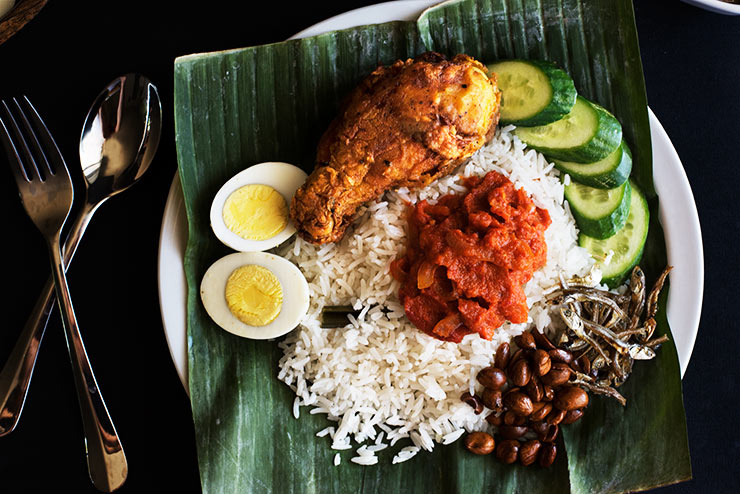