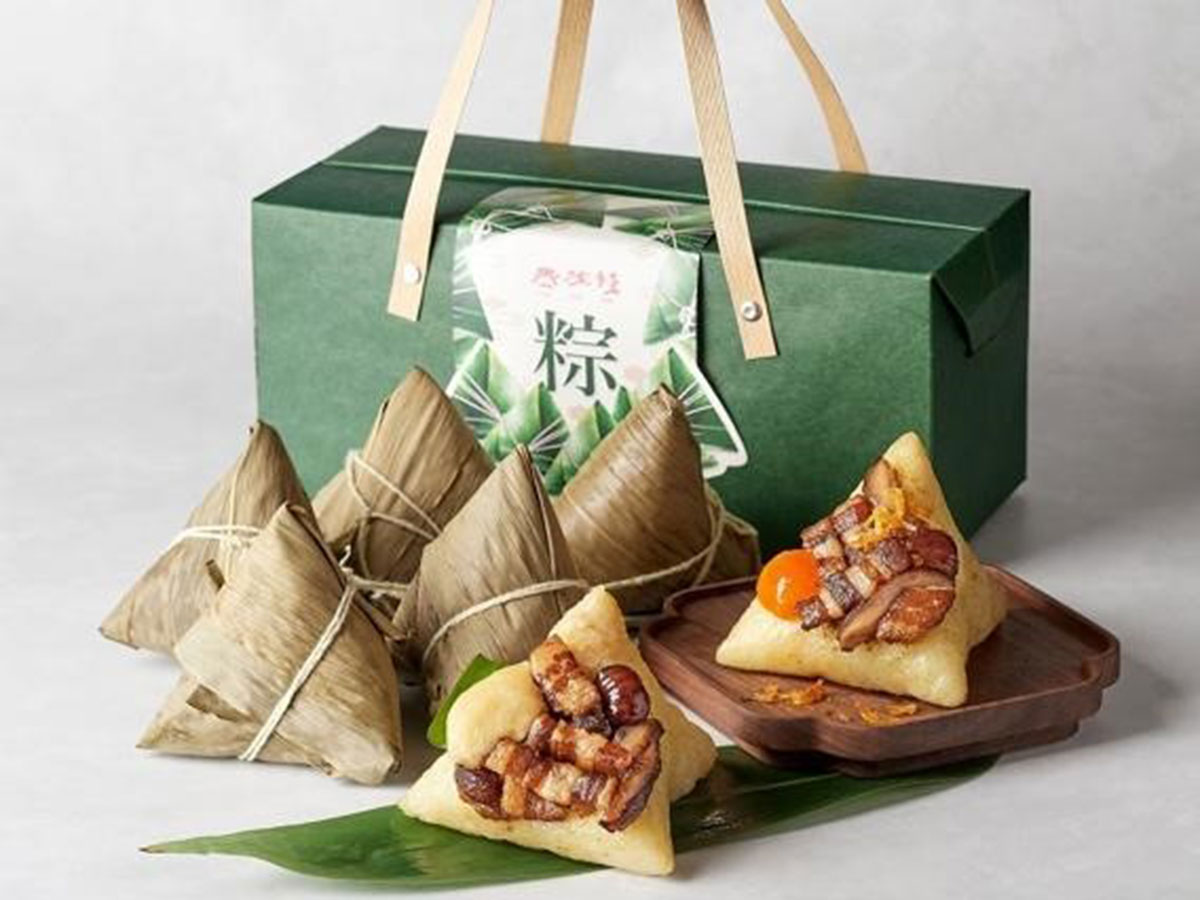 Dragon Boat Festival, also known as Duanwu Jie, is celebrated on the fifth month of the lunar calendar every year. The festival commemorates the tragic death of Qu Yuan, a poet and court advisor during Ancient China’s Warring states period. As legends go, Qu Yuan drowned himself in the river after his warning prediction that the kingdom of Chu would be invaded by the state of Qin became true. Folklore says that local villagers tried saving him by banging on drums to raise the alarm, as they rowed their boats out to find him, while throwing rice dumplings into the water to deter any fish from eating his corpse. Since then, racing on long wooden dragon boats and eating rice dumplings have become an annual tradition to honor Qu Yuan’s ultimate sacrifice.

The festival, which fell on June 14 this year, is an ode to not only celebrating tradition, but it is also an excuse to indulge in the delicacy. Whether it is referred to as Zongzi, Bak Chang, or glutinous rice dumplings, the bamboo leaves scented treat is known for its chewy and tender texture and yummy fillings. There is always an assortment of different types of dumplings available in Singapore. Every dialect group boasts its own distinct ingredients and color, while restaurant chefs offer modern takes and new combinations every year. Here are some decadent dumplings that you just have to try!

A Balance of Taste

Spice seems to be the preference this year with Cantonese restaurant Xin Cuisine offering a boldly flavored Mala Chicken and Dried Scallop Glutinous Rice Dumpling. The hefty (380g) ingredient-packed parcel is a meal in itself as it also comes stuffed with mung beans. For dessert, Xin Cuisine offers a Red Lotus Seed Paste, Chestnut, and Ginkgo Nut Kee Zhang, with an aromatic Osmanthus syrup to sweeten the deal. 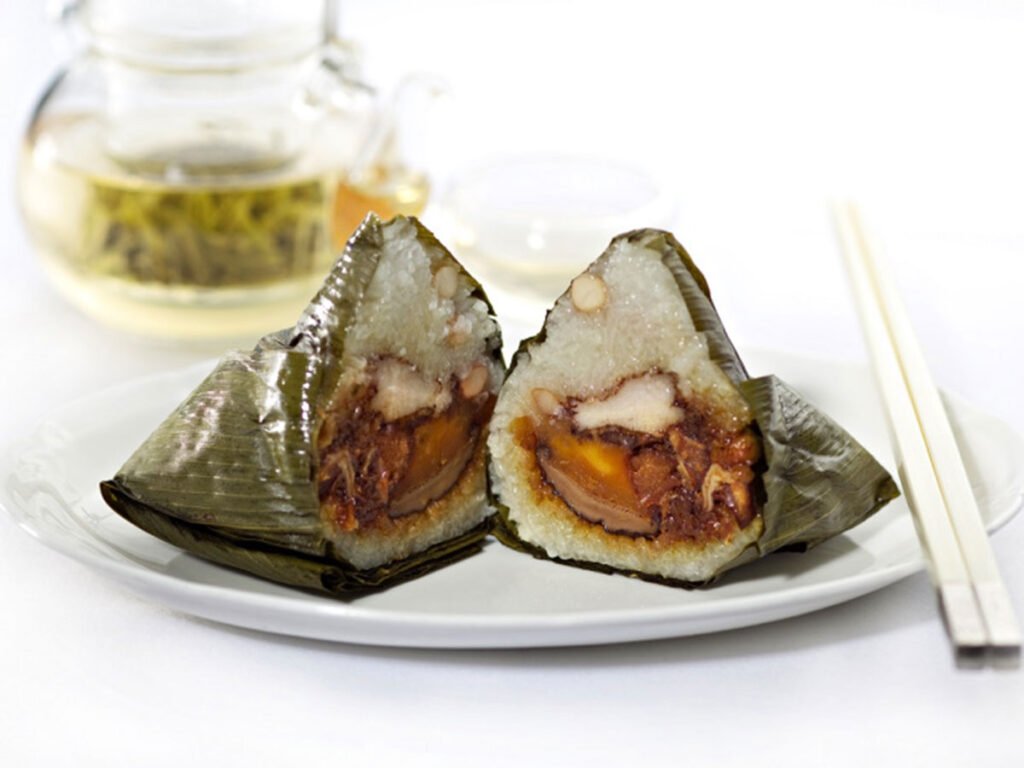 All three major Chinese dialect groups in Singapore make this pint-sized dumpling. Distinctly unique, the Kee Chang has no meat or filling but packs a burst of sweetness. Master chef Jereme Leung of Raffles Hotel’s Yi by Jereme Leung offers the classic Kee Chang with Raffles Signature Kaya Jam, an elevated handcrafted version through a harmonious blend of traditional and unique flavors, pairing the classic dumpling with the beloved kaya jam. A mouthwatering treat for those with a sweet tooth! 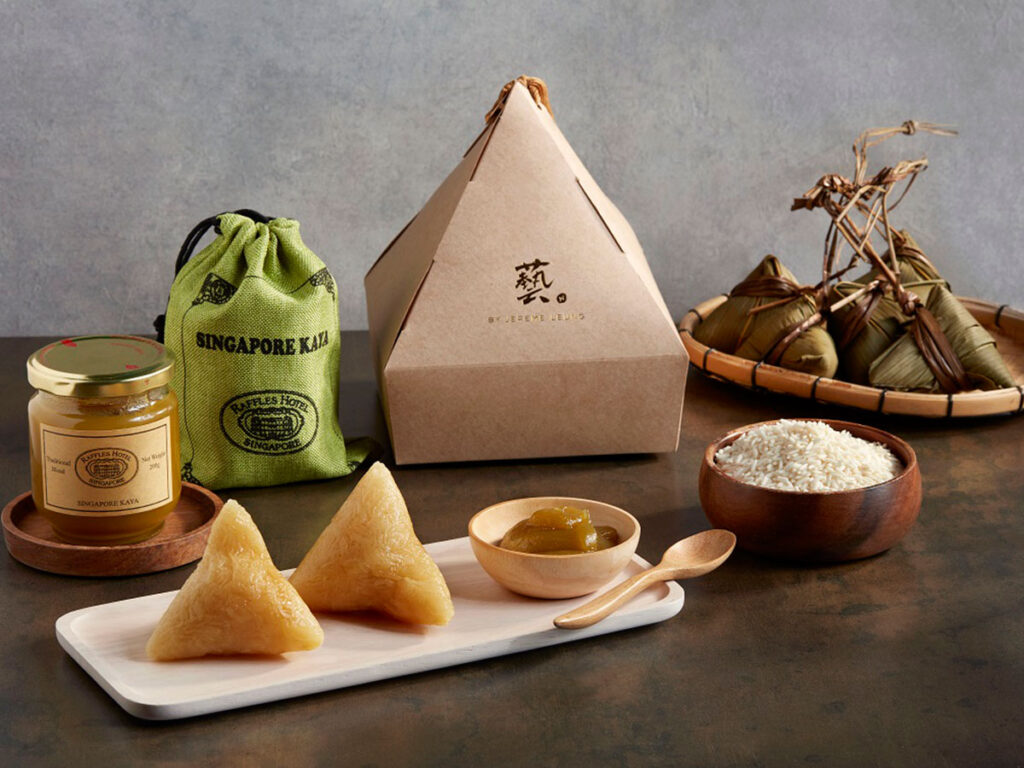 Raffles Hotel’s take on the Kee Chang, a pint-sized dumpling with a burst of sweetness. (Photo: Connected to India)