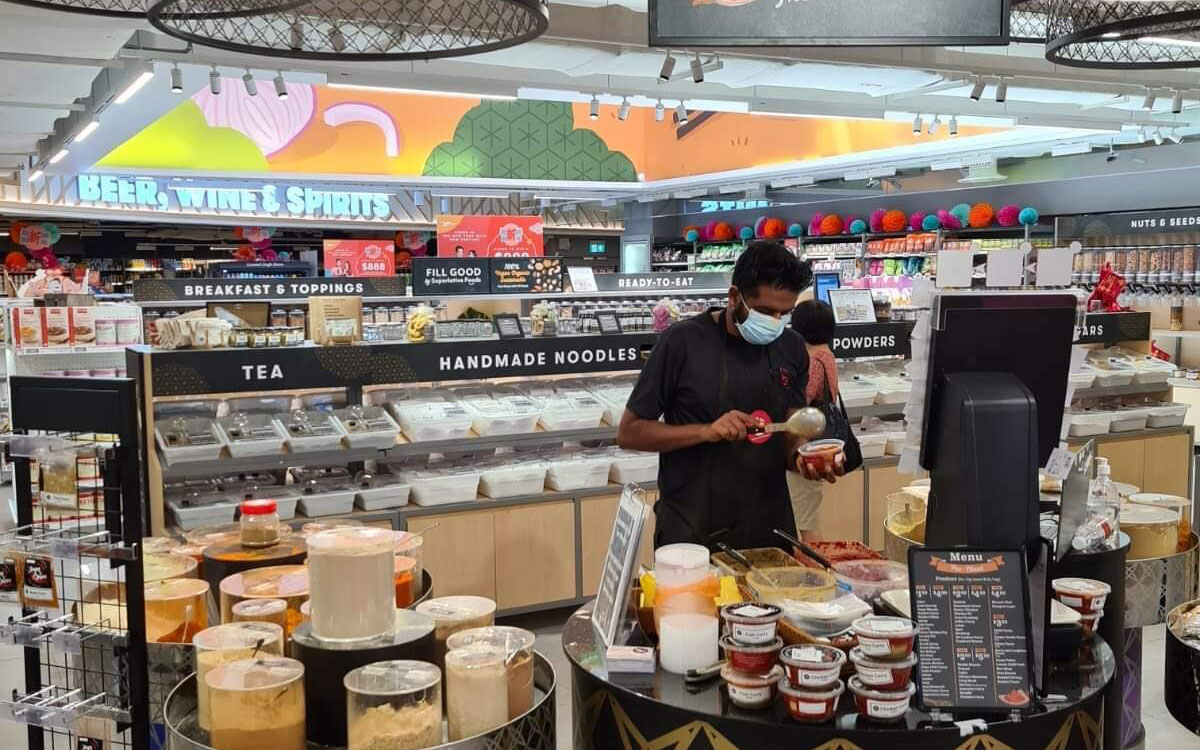 The scent of fresh spices will take you to the in-house spice counter.
2022

Fairprice Xtra – Store of the Future

Singapore’s Fairprice Xtra and China’s Muji are among the global stores that are on their journey to become the Store of the Future in 2030, according to the Institute of Grocery Distribution (IGD). IGD recently published a report on the Top Stores to Visit in 2022.

The report showcases 60 stores across the globe that align with its Store of the Future 2030 model themes, such as exciting and experiential, digitally enabled, highly efficient, omnichannel native, and naturally sustainable.

Singapore’s Fairprice Xtra @ Parkway made the top eight global stores’ list. Featuring a design resembling a playground for food lovers with well-known local food and beverage operators, it also has instore innovations like a spice counter to prepare curry mixes. The mobile-enabled store allows shoppers to scan and pay with their phones and check on product availability in real time.

The Muji Fresh Market, created through the partnership of JD.com and MUJI, offers a transformative offline shopping experience in Shanghai, China. The meal solution themed supermarket is stocked with a full range of food-related products. A key advantage for shoppers living within three kilometres is that they can have the goods delivered under 30 minutes.

Other stores that made it to the list include Rewe in Germany, which boasts a rooftop farm and operates entirely through green electricity; the Supervalu Bray in Ireland that has food-to-go and food-for-later offerings, and the Asda Milton Keynes in the United Kingdom which provides a refill zone for 70 unpackaged lines and takeaway draught beer.

Also among the top stores are the staffless Carrefour Flash in Paris that allows consumers to spend 10 seconds to shop and pay; food hall Giant in the U.S. which houses a self-serve beer tap wall and garden; and the first carbon neutral supermarket, Carulla FreshMarket in Columbia.