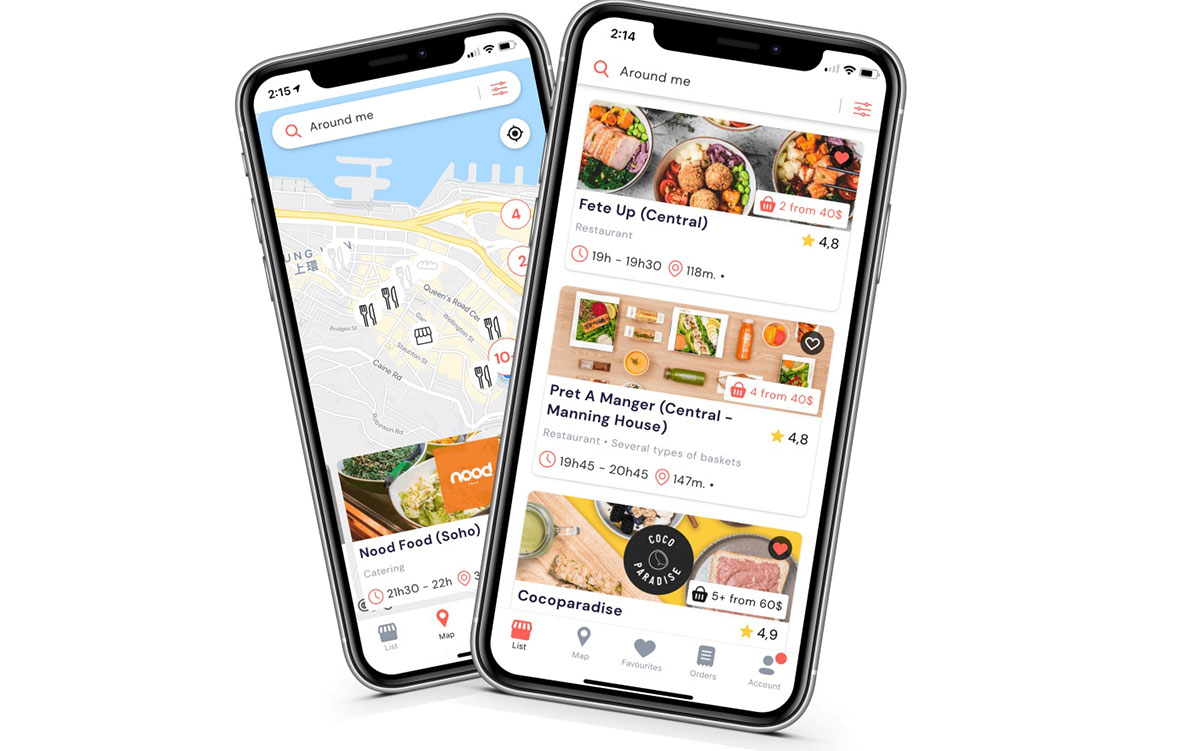 The Too Good To Go app has provided more than 152 million meals through its magic bags. (Photo: Phenix by Onthelist)
2022

Asia’s tech entrepreneurs are using food that would have gone to waste to offer cheap meals through mobile phone apps. For example, a supper buffet of an assortment of satay chicken, wok-fried mud crab, and chilled tiger prawns at an international hotel would normally cost customers USD70.00 each. For a tenth of that cost, those on a stricter budget who also care about sustainability can fill a box.

In Singapore, treatsure collaborates with chains including the Hyatt, Accor Group and the Singapore Marriott Tang Plaza Hotel to allow app users to pick out and collect a “buffet-in-a-box” of food that would otherwise be thrown out. Treatsure, Singapore’s first mobile reservation platform connecting businesses & hotels with surplus food to everyday consumers, has more than 30,000 customers and has prevented the waste of 30 MT of food since its introduction in 2017. 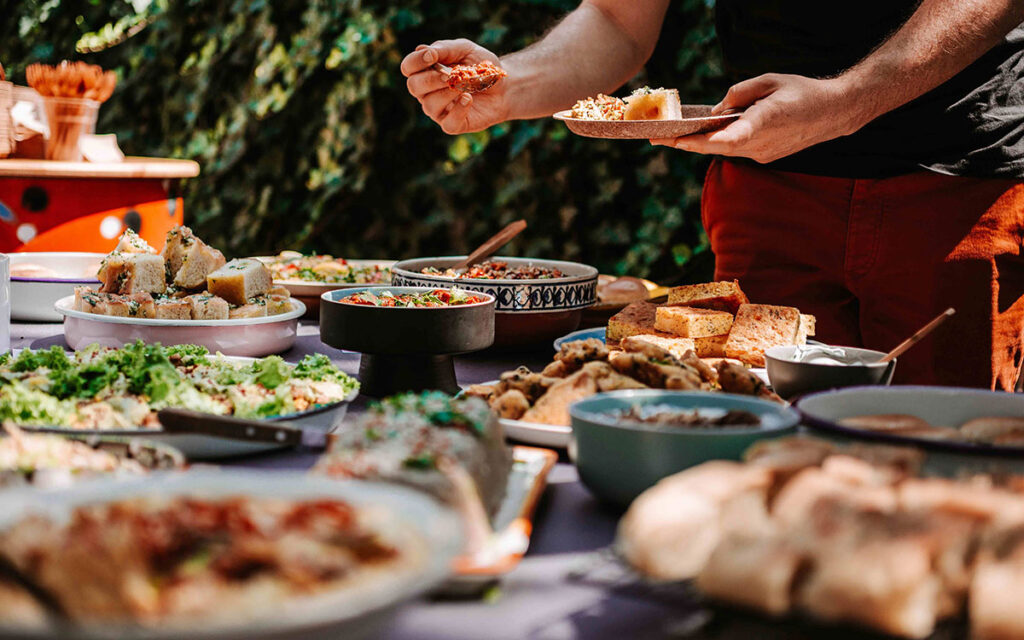 Treatsure’s collaboration with hotels allows app users to pick out and collect ‘buffet-in-a-box” food that would have gone to waste. (Photo: Irina Petrichei)

Users normally have to wait until the end of service before they can pick up their meals. This is still a long way from Singapore’s 817,000 tonnes of food waste in 2021, a 23% increase from the previous year. Currently, Semakau, Singapore’s sole landfill, should be able to handle all of the country’s solid waste disposal requirements through 2035.

According to Hong Kong’s Environmental Protection Department, the country has already filled 13 landfills and will continue to fill the remaining sites through 2020 at a rate of around 3,300 MT of food waste each day. Anne-Claire Beraud of Phenix by OnTheList, an app launched last year says everything is very dense and there’s not enough space to treat all this waste in Hong Kong. Users of the app can pick up a “Mystery Basket” of food for at least a 50% discount from places like Pret A Manger and a nearby cake business called The Cakery. According to the business, it has sold 25,000 baskets thus far, preventing the waste of 4.5 kg of CO2 and around 1 kg of food.

The original Phenix platform was introduced in France in 2014 and then spread to four other European nations, saving 150 million meals. To launch the app in Asia, it worked with the flash sale startup OnTheList. In contrast to North America and Europe, where regulations are strictly enforced, Asia is still in the early stages of developing the idea of sustainable food. Unsold food from supermarkets is already prohibited in France, while Spain has proposed laws to reduce waste by fining businesses. Laws have been passed in states like California and New Jersey to lessen the quantity of food that ends up in landfills.

Too Good To Go, which was launched in Denmark in 2016 now operates in 17 countries including the U.S., Canada and Britain. It has provided more than 152 million meals through its so-called Magic Bags, which are sold at a discount by shops and restaurants at the end of the day with items that would otherwise have been thrown out. Tabete, a free food rescue app released in 2018 in Japan, has a similar business model to Too Good To Go. It has rescued 384,000 meals, accumulated 525,000 users and partnered with 2,140 shops. The firm operates in 62 countries including India, Sri Lanka, Nepal, Thailand and the Philippines. The app is mostly community-based, with neighbors posting free food to be picked up from their homes. So-called Food Waste Heroes also collect surplus produce from businesses and bring it home to list.

Some of the apps, including treatsure and Tabete are going further by educating users with tips on reducing food waste and recipes on their social media pages.