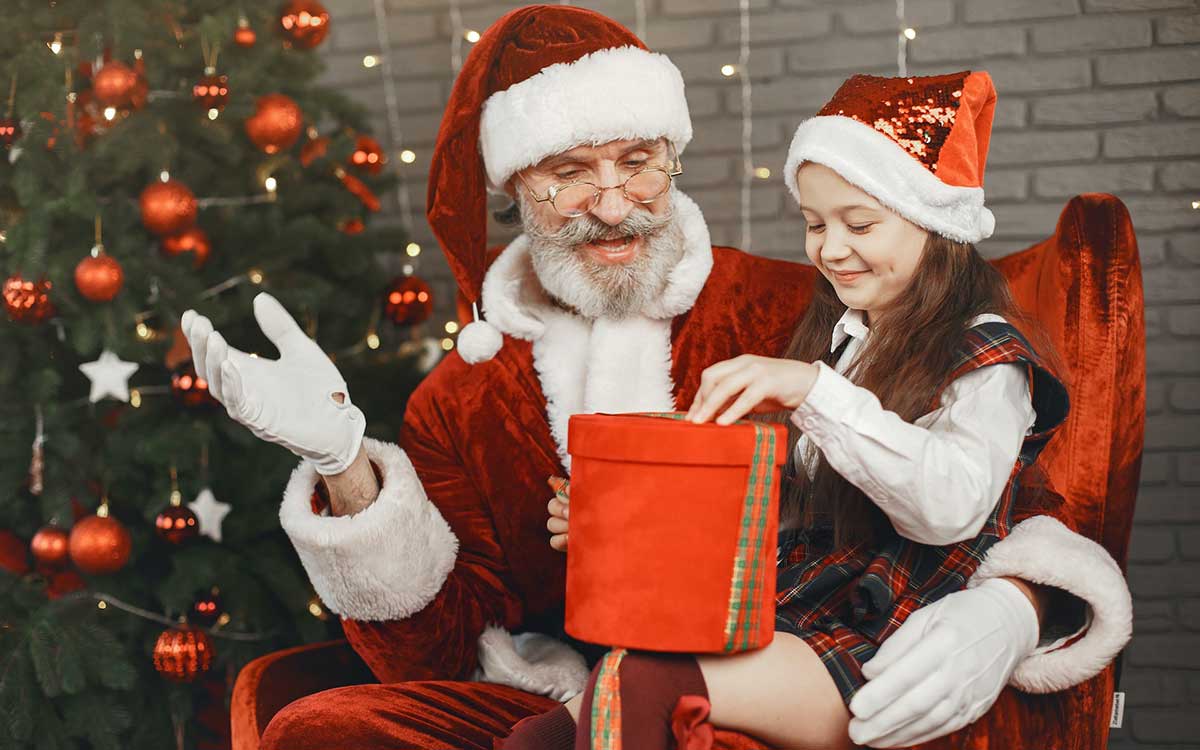 It’s the most wonderful time of the year!  This year especially as celebrations are back in full swing with streets lined up with festive décor, music, and parades galore. Popular Christmas songs – you’ll hear them everywhere – on the radio, at shopping malls, hotels and yes, even supermarkets!

Traditions like gift-giving, Santa Claus bringing cheer to children, and the highly anticipated Christmas dinner with family and friends, filled with a delicious spread of roasts, ham, yule logs, fruitcake, pies, cookies, and the classic Christmas pudding are all part of this special event.

Celebrated on December 25, Christmas is a sacred day for Christians and Catholics. However, people around the world have been observing it with traditions and practices that are both religious and secular in nature. In Asia, Christmas remains relatively secular. Cultural norms and local flair shape each country’s holiday traditions and customs. This is how some Asian countries celebrate the joyous occasion.

The ‘Ber Months’ countdown, also known as the Christmas countdown, begins as early as September 1 and runs right through December. Stalls begin to sell traditional Christmas decorations like the parol, a bamboo pole or frame with a lighted star lantern to represent the star that guided the biblical Three Wise Men. As Asia’s largest Catholic country, Filipinos rise before the crack of dawn and take part in a nine-day-long Simbang Gabi series of masses, each held as early as 4.00 am. It starts from the 16th of December and culminates in the Misa de Gallo mass on Christmas Eve. After mass, it’s time for a midnight feast known as Noche Buena – an open house celebration with family, friends and neighbors to feast on a wide spread of local food including lechon (roasted pig) and coconut-laced bibingka (rice cakes). 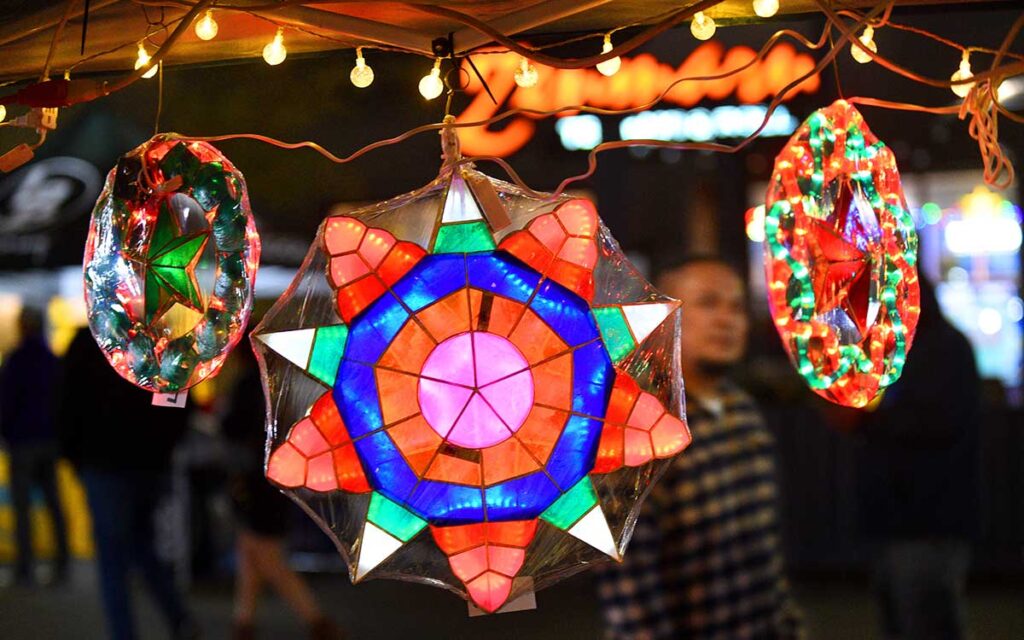 Christmas cookies are a popular sweet treat during the season. Instead of the regular chocolate chip cookies, Indonesians bake Nastar, a butter cookie with pineapple jam filling, Kastengel, stick-shaped cheese cookies, and Putri Salju, a crescent-shaped cookie covered in powdered sugar. Christmas customs differ from region to region. For example, in Yogyakarta, wayang kulit or puppet performances about the birth of Jesus Christ are held, and the Christmas Day Mass is led by a priest wearing traditional Javanese attire. In Bali, the roads are lined with towering penjors, a traditionally Hindu decoration of tall, curved bamboo poles decorated with yellow coconut leaves. Interestingly, the Christmas trees are hand-made with chicken feathers by the locals. 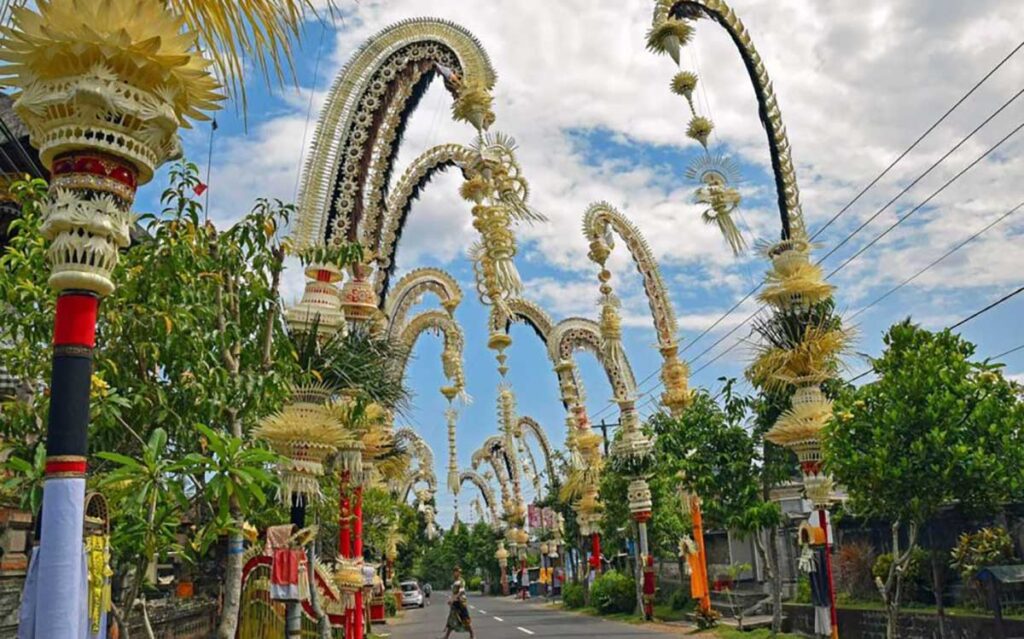 In Bali, the roads are lined with towering Penjors. (Photo: Karma Group)

In China, Christmas is a very commercial affair. Among the regular festive decorations that appear in shops, you’re likely to see decorated boxes containing engraved apples, or apples decorated with printed text or images. These are traditional presents that the Chinese gift to friends, colleagues, teachers and loved ones every Christmas. Apple, in Chinese, is ping guo and Christmas Eve is called Ping An Ye, which translates to peaceful or quiet evening. The Chinese have combined these two words together, ping an guo, which means peace apples. It is believed that eating this fruit on Christmas Eve will bring them a safe and peaceful new year. 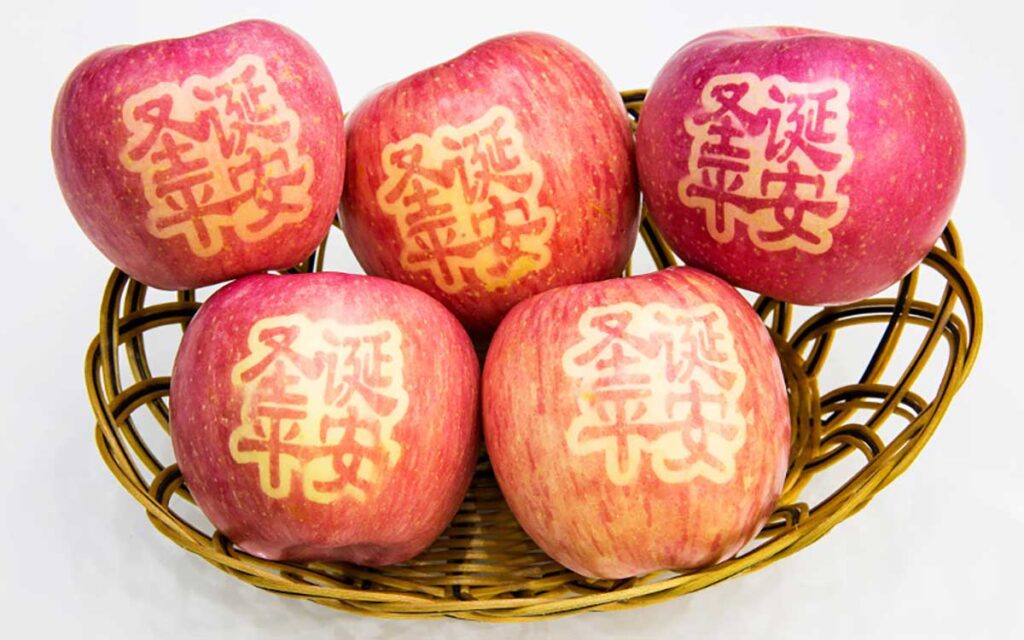 Popular holiday tradition amongst the Chinese is the gift of engraved apples to friends and loved ones. (Photo: chinosity)

Vietnam – A Taste of France

As Vietnam was once part of French colonialism, French influences in Vietnamese Christmas traditions still remain. One such influence is the reveillon – a long Christmas dinner held on Christmas Eve in French-speaking places like Quebec and Belgium. Vietnamese families gather around the table to enjoy a delicious meal, capped by the buche de noel, or Yule log cake for dessert. Bakeries in Vietnam have been known to annually roll out over 140,000 cakes of up to 50 varieties of this sweet, chocolate cake.

Christmas in Japan is not complete without fried chicken. Ever since KFC launched its “Kentucky for Christmas” marketing campaign in 1974, the first iteration of the KFC party buckets soon followed and has set the tone to become the tradition that really embodies the Japanese Christmas spirit. Every Christmas, an estimated 3.6 million Japanese families purchase buckets of fried chicken from KFC outlets. In fact, the demand for fried chicken is so high that people start placing their orders as early as the first week of November. Usually from December 20 to 25, Japanese folks queue for hours just to get their hands on a bucket of fried chicken. 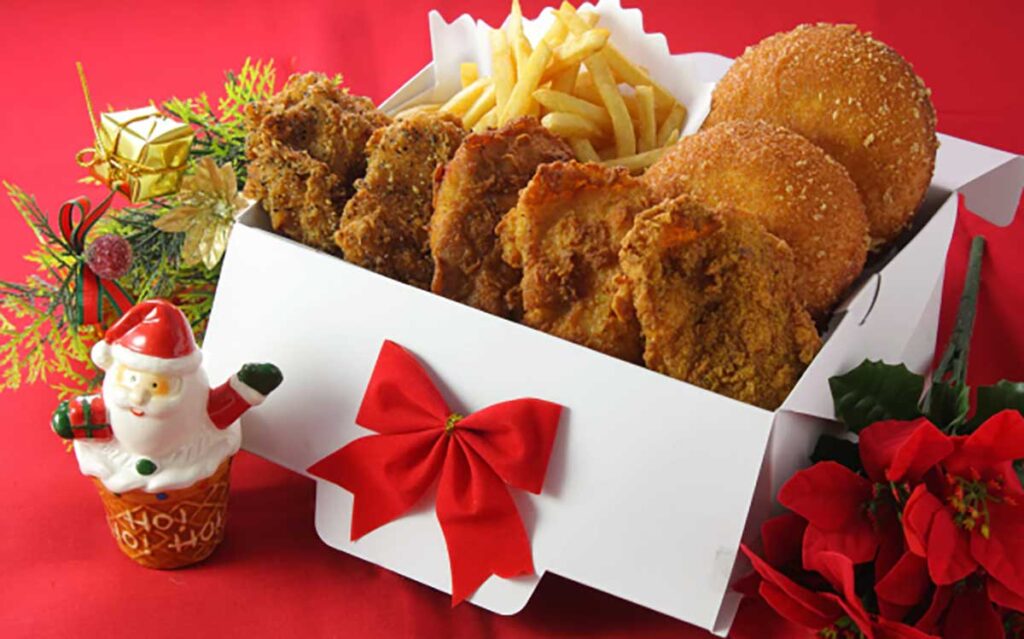 Christians make up about 30% of South Koreans, and the obligatory church celebrations and children carol-singing are abundant. But for the 70% of Buddhists, it’s a public holiday of joy and relaxation, though only on Christmas Day. Though gift exchanges are not so common, large potluck dinners where everyone brings a dish is a big deal for family celebrations. The dishes include Bulgogi barbecued beef, kimchi and sweet potato noodles, with a fruity Christmas cake or a buffet of Korean sweet pastries for dessert. You can also find many unique events in Seoul and Busan, from amusement parks to the Herb Island Light Festival in scenic Pocheon, complete with glittery gardens, performances and cultural activities, with a special ‘Santa Village’ area featuring a 300 m long tunnel of greeting cards for visitors to add their own as they walk through.

However you may want to celebrate, remember:

“Christmas is a time for moments filled with the season of wonder and joy. Whatever you do this Christmas, remember to spread the message of peace, love, and hope”.